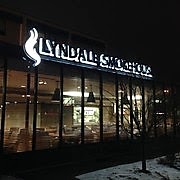 It's been awhile since I have done a restaurant review!
Now don't go thinking I have not been out to eat since the last one because that is far from the truth!
Friday nights hubbie and I try to make it a point to make time for each other and go out to dinner, we have tried new places but mostly we stick to our favorites :)
I came across this new place on totally accident, I was leaving Ulta (girls gotta have her make-up!) on my way home I spotted the word Smokehouse and when the heck when did that go in there I thought to myself!?
This restaurant named Lyndale Smokehouse is located in a Four Points by Sheraton.

The hotel had a total makeover recently, and it looks really nice.
As well as the smokehouse, really nicely decorated and clean.
It has a small bar you can sit at and a large wall with all window seating, it's actually a pretty small place.
There was barely anyone there on a Friday night hummm maybe word has not gotten out yet that it exists.

Needless to say we had pretty fast service.

We started off with jalapeno corn bread with a honey butter, very good super moist and not to spicy. 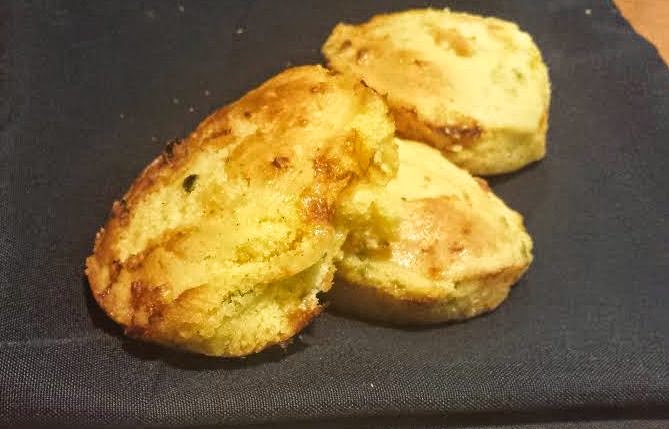 Hubbie ordered the smoked brisket sandwich. He got the sweet potato fries to go with that and there were homemade pickles but as you can see in the picture he ate them right away :)  He really enjoyed that. 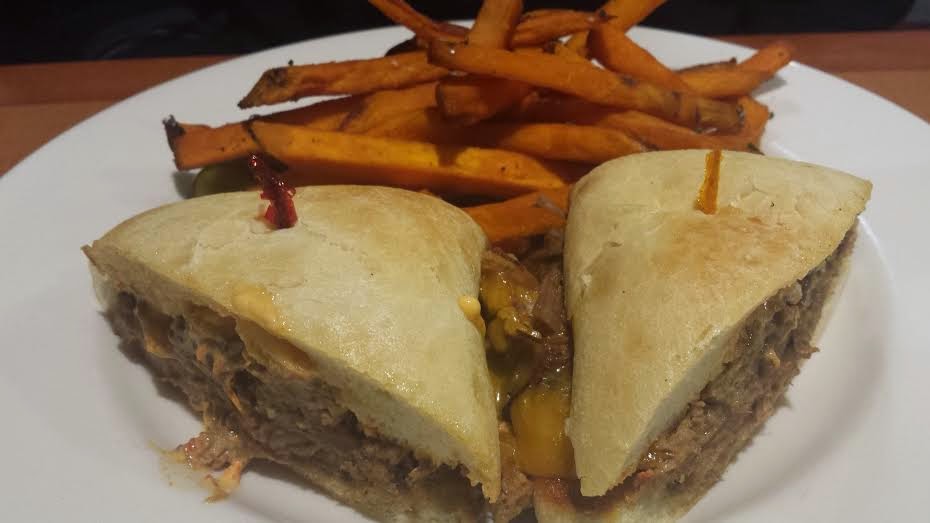 I had a caesar salad, half portion.  Very good, I don't know how you can screw that up anyhow haha... 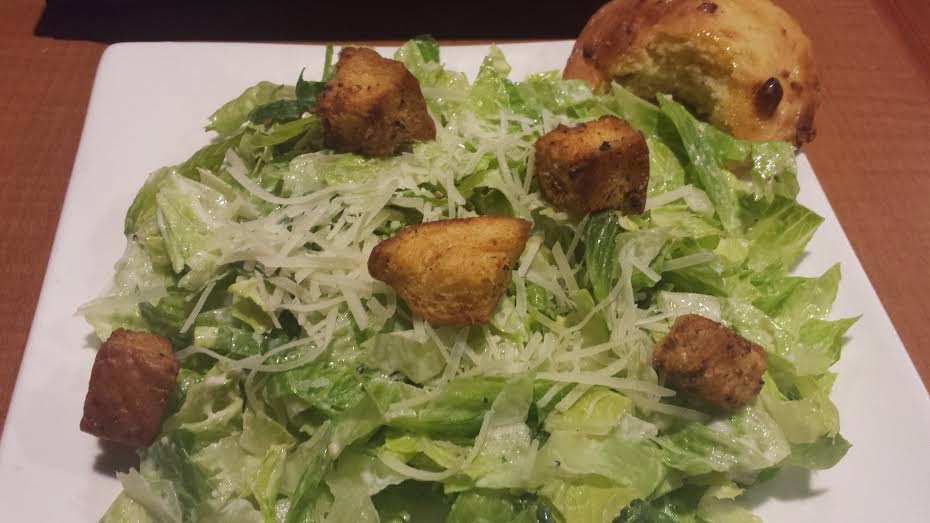 And for my main dish I ordered the Macaroni and Cheese, the choice of cheese was wonderful and the noodles were cooked perfectly.  But I have to say the smoke flavor was a bit overwhelming.  I don't know if that was supposeD to taste that way or was it because most everything in the kitchen is smoked it just rubbed off on the Mac and Cheese? 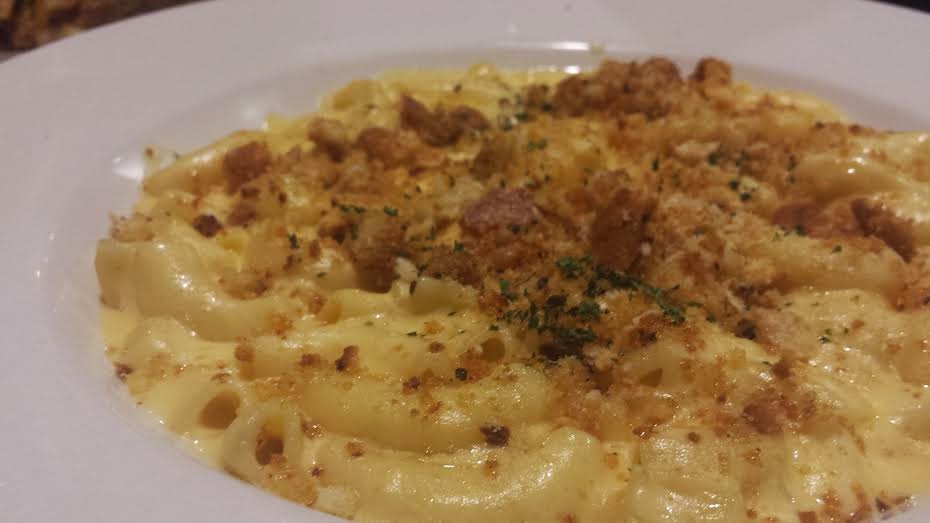 Would I make it a point to go out of my way to eat here?  No I don't think so but I would give it another chance maybe try a smoked meat.