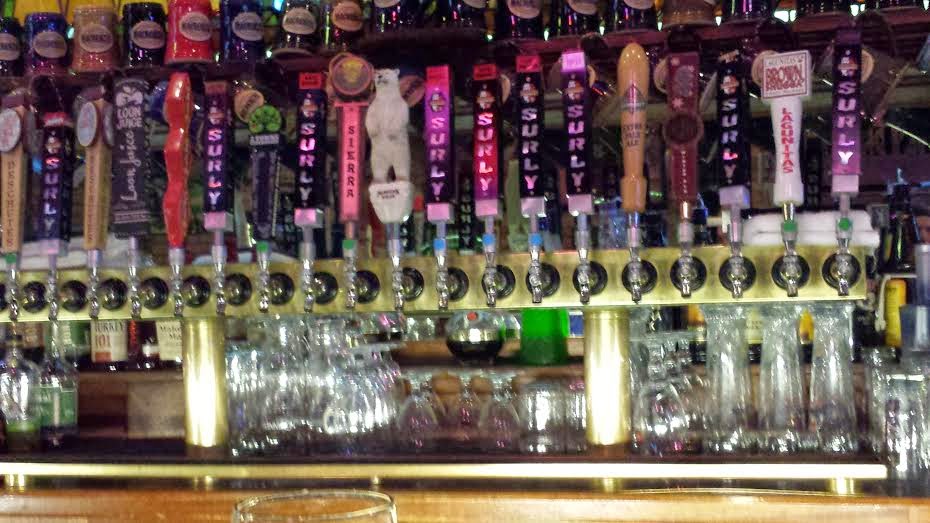 Surly Beerpocalypse 2015!!!!   They took over the taps at Mackenzie Bar in downtown Minneapolis, MN!
Oh ya baby all the beers available on tap!
Hubbie was on cloud nine, Surly only released so many kegs of their Surly 8 beer and he only got to have 1 pint!  Yes 1!
And this night they had it on tap at the Beerpocalypse, what a happy boy he was.

Until we got there errrrrr record screeching...........................
So we get there and the place is pretty mellow not very many people there at all, and that is how it stayed the whole 3 hours we were there.
And they only served beer at certain times, bummer!
We had to leave before they served 8 GGGGGRRRRRR...............
Actually a waste of our time and money getting a car to drive us all the way downtown and back.
When we can get Surly at a place closer to home or in our own fridge, just saying.

Service was ok, the place was ok  old building it was pretty cold had to wear my coat the whole night but like I said it was an old building.

So we had some good beer got a couple stickers and some nachos it was an alright evening.

I drank the Surly Hell and hubbie had a smoked 2013, I had a sip of that the strangest thing it seriously tasted like it was smoked!  He also had a 7.  All good beers.

Well nothing else exciting to tell you.