Cabin fever time!
I sense spring right around the corner, but not quit yet!
We got a nice day and decided to head up to Duluth from the Twin Cities for the day, only a couple hour drive.
Decided to take a self guided brewery tour as well as a couple other stops on this visit.
Let's start off with my HAVE it stop at Northern Waters Smokehaus, where we split a smoked salmon bagel basket, that comes with kettle chips and a pickle.  My kind of a breakfast!  SOOOOO good. 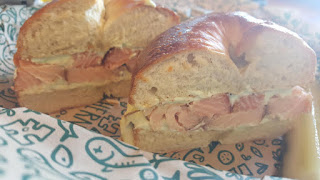 Alright, got a little fuel in us let's, head up to Gooseberry Falls for a quick hike! 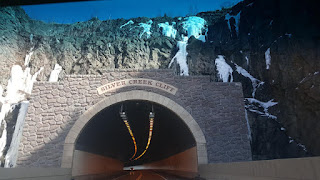 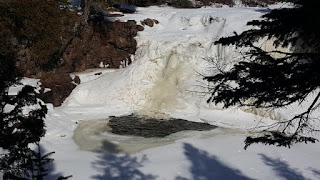 First brewery of the day will be Castle Danger, located in Two Harbors.
A little to early for me to be drinking but hubbie is all about the brewery's and trying new beers. 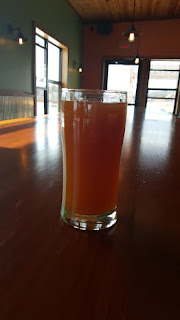 Next on the list would be, Bent Paddle.  The evening before they celebrated their winning of the brewers of the year!  The bar area is pretty cozy.  Lots of games to play while your enjoying some beers.  I got a sweet sweatshirt from them, I'm wearing it as I type, it's SO comfy!

Okedoke - NEXT, the founding father of all MN breweries, who sadly does not get much recognition.
Lake Superior Brewing Company.
We got there just as a tour group was starting their tour, we got in on that.
They are only open to the public on the weekend, otherwise it's brewing beer only time.
It's a married couple running the place, I do believe he said for the last 30 years!
They were SO nice! They it seems as though they know everyone in the beer business, so informatable!  Husband was on cloud 9 talking to this fella.  While I tried beers that were totally out of my normality realm, because of them I found out I really like beer on nitro!   Great place, please visit & show them some love!
*they also make root beer (pick up some for the little man) 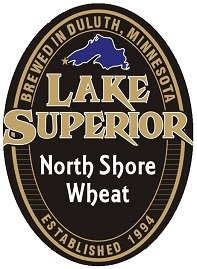 Final stop Canal Park Brewery, Starving at this point!
This place as some good food as well as some good beers.
Great location, fun people watching.
We anchored down in the bar at a hightop table and decided to share the tomato artichoke dip with bread.  It was pretty good, I thought perhaps they may have wanted to melt the cheese first but whatever, I was not complaining. 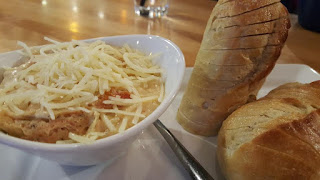 Next, we split the beet & gorgonzola salad, very fresh and delicious. 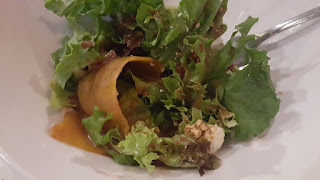 During this time we enjoyed a couple beers, fresh refreshing beers.

Finally hubbie and I split the "15 Barrel" Reuben sandwich, we chose sweet potato fries with that. This is not just any reuben, no sliced lunch meat here you get a big cut of some fantastic corned beef.  I want another just thinking about it! 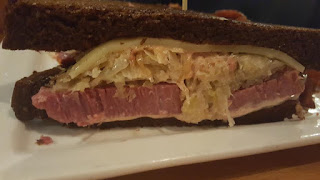 That just about wraps it up!
Visit Duluth, you will have a great time!

*I have written about Duluth before, you can read that here Explore Duluth , this article will give you some other places to stop at while your in Duluth.