Just back from a trip to Red Wing, MN.  An impromptu Easter/Spring break trip.
Took a few walks , took a few free museum tours, one only thru a window because it was closed , the other was a military museum free to the public, actually pretty interesting.  They had  a lot of artifacts.
This girl doesn't just like food, beer and make - up!
And the last would be Red Wing pottery, that has been around forever. 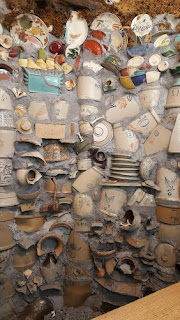 We stayed at the "haunted" St. James hotel in the heart of Red Wing, overlooking the river. And right to next to the Amtrak station. 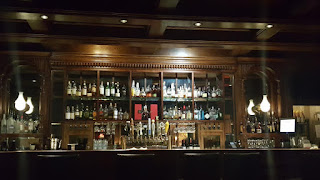 Jimmy's bar in the hotel

It was a bit cloudy and drizzly when we were there.
So one afternoon we did pop into see a movie, I'm pretty sure we traveled back in time when we went to that movie theater haha!
We did Easter brunch at the hotel, it's a pretty well known event in the area, it was very good. 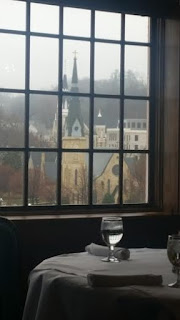 For dinner one evening we check out The Staghead, my new favorite restaurant in that area.
Hubbie and I shared a smoked salmon pate, served with baguette, amazing! 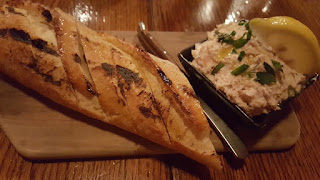 We also shared the beet salad, very good.
I ordered a grilled cheese and Marc the burger, go figure we are so predictable!
The kiddo came with & he ordered mac and cheese, it looked great & he really liked it too.
Tons of beer selections and also whiskey. 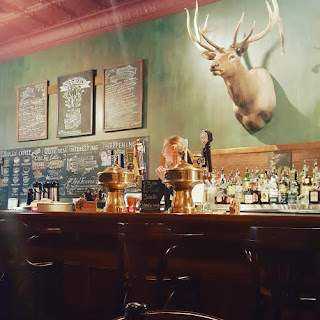 After a walk one day we popped into Red Wing Brewery to enjoy a beer.  They also have good pizza.  Walked across the street and enjoyed another beer at Kelly's Bar, the beer selection was huge, service was not that great but I think it's just because they were short handed because of that holiday weekend.
Ok enough beer talk, there is a the CUTEST tea & coffee house in a cool old building that is filled with antique shops, right across the parking lot from the pottery museum. 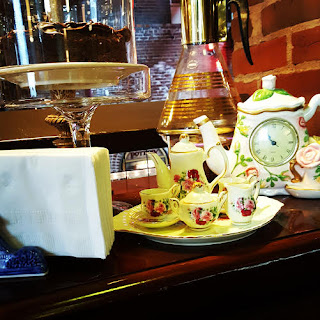 They do high and low teas, super cute!  Sandwiches, soups, appetizers they also make in house pastries.  Just adorable!  I was in 7th heaven, maybe not the boys so much so :) 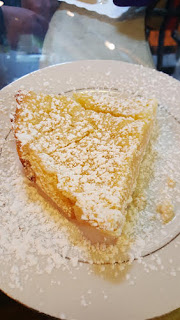 Red Wing is an hour south of the Twin Cities, I would totally suggest going there for a weekend.

*Cannon Valley Trail, is an awesome place to ride your bike, I need a new bike otherwise that would have been on my list of things to do while there!